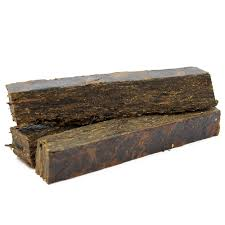 From the pouch you get a spicy, smoky aroma of the tobaccos with a sweet chocolate scent from the toppings. The smoke is cool, smooth and has a wonderful room note. The florals are subtle and barely detectable compared to most Lakelands leaving the chocolate and Latakia to take center stage.

The plug version is much the same as the flake with a few differences. The grassy, woody, earthy, tart and tangy citrusy and lightly tangy dark fruit sweet, floral Virginias are the most prominent tobaccos. The lightly nutty, woody, earthy, toasty burley plays a secondary lead. The smoky, woody, earthy, sweet Cyprian Latakia is very much on the background, and hardly noticeable. The sweetness the tobaccos have an extremely light fermented taste to them. The chocolate topping seems a little more pronounced in the plug as it tones down the tobaccos a little. I barely ever observe the whisky. Also sports a discreet amount of vanilla. The Lakeland is also milder than it is in the other versions of the Bob’s Chocolate blends. No chance of bite or harshness, and has fewer rough edges than the flake does. The strength is a step past the center of mild to medium. The nic-hit is a shade less potent. The plug has some density, but breaks apart well enough suit your preference. Burns slow, cool and clean with smoothly consistent, mildly sweet and savory, floral flavor. It’s slightly sweeter, slightly less stronger than the other incarnations, and the taste level barely touches the medium mark. Requires some relights, and leaves just a little moisture in the bowl. The lightly lingering after taste and room note are pleasant. Not quite an all day smoke.

I’m a big fan of Bob’s Chocolate Flake so when the opportunity came along to smoke the plug version, I couldn’t pass it up. Medium in firmness, it is easy to pack and smoke. It’s chocolaty for sure, but unlike overly sugary chocolate aromatics, BCP is less sweet and allows for the tobacco taste to come through a little bit more. I get the Virginia more at the beginning and the Burley throughout. Like the flake, the Latakia is very lightly added and I’m not sure if I would have noticed it if I wasn’t looking for it. Not surprisingly, I find the plug version a little richer in flavor and overall I really like this blend, although it isn’t going to be for everyone. BCP isn’t strong, but there is some noticeable nicotine. Bob’s Chocolate Flake ages really well, so I would expect that the plug will only get better with age.

The plug itself isn't too firm in construction which makes it quite easy to prepare, I just slice across the grain to give flakes which can then be easily rubbed out. The aroma from the plug is easy to identify as a chocolate one and it becomes stronger once it's been cut and rubbed. A negative lies with the water content, it is quite moist so once it's prepared I leave the tobacco to air some.

Once it's aired it lights up with ease, giving a good burn that leaves behind a white ash. The smoke is very comfortable in both temperature and with tongue bite, it doesn't bite at all! On to the best feature now (well it's the best for me), the flavour! The name isn't kidding, Chocolate Plug? Too right! This tastes so chocolatey throughout, I actually find it to have even more chocolate flavour than it does in flake form and the smoke is wonderful and silky. As well as the chocolate there is also a nice smokiness haling from the Latakia, not full on but a nice gentle embellishment. The nicotine is dead in the middle, it's not a head spinner nor will it leave your nicotine wants un slaked! Another positive is the consistency of the flavour, it doesn't fluctuate but stays at the same strength throughout the bowl. The room note is again chocolatey, I wouldn't advise smoking this near anyone with a sweet tooth as they may eat your pipe!

The ultimate partnership would be a bowl of this accompanied by a mug of frothy hot chocolate, heaven!

the scents of mocca coffee, smoked bacon sandwiches, sage bushes, fresh mint, mountain air all make me feel good. This does the same. I can't praise this enough. Let Armageddon come, just provide me with this and a couple of pipes and some lights, I'll go quietly.

Pipe Used: more than one

I could not get many of the G&H plugs (including Chocolate Plug), anywhere in the USA and had to do a swap with a tobaccoholic buddy of mine in London. Chocolate Plug is not one I requested but the fun began when I took a small swak and started to chew on it. I got the hiccups and swooned a little. I decided it might be best to try it in one of my pipes, so, when my head cleared that is exactly what I did. G&H does something with its plugs that makes for power. I took a couple of George Foreman right crosses to the jaw and gave up. Meh, I didn't like Bob's Chocolate Flake all that much anyway.

What can I say about Bob's Chocolate Plug that hasn't been said already? I love this blend!, I really can't get enough of this or Bob's Choc Flake, I've seen Bob's Chocolate Ready Rubbed & Bob's Chocolate Square Cut reviews on this site but haven't seen them for sale anywhere to try.

BCP offers a smoother taste than the BCFlake somehow, certainly has more chocolate in the pouch note which carries over into the smoke, a nice good quality chocolate though, or a good chocolate cocoa with cream. No tongue bite from start to finish which is good for me as I have a tendency to counter productively drag a little too hard at times, especially if it's a tobacco I am enjoying.

It's a delight to cut, medium soft but not too hard that it can't be ripped apart with your fingers, I prefer to cut it though which I do across the 'grain' followed by an easy rub with my fingers to break it down that last wee bit. While I have seen G&H tobaccos that in my opinion have been too moist from the tin, I've seen a few that've been much moister than this one, this isn't overly so but all the same leaving it to dry for 15 minutes isn't a complete waste of time.

I like to keep some of this around, or alternate between the Flake to satisfy my "Bob's Chocolate" urge or when I want something a wee bit sweet from time to time but without the goop.