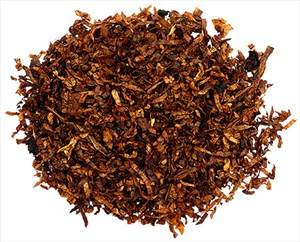 State Fair is a lightly-sweet blend of nutty burley, sweet Virginia and velvety black cavendish which is highlighted by a candied apple type of flavor: mild, pleasant and enjoyable.

I just love these descriptions. Sweet candy apple.....did you smoke this blend before or after you came up with that flavor. I got little or no taste from this blend. I did have to fight bite a little through the entire smoke. Not much of a tin note nor much of a room note. Just not much of anything but a hot bowl of bland. Sutliff makes some of my favorite aromatics but they need to go back to the drawing board on this one.

I don't particularly like apple as a tobacco flavouring, but this isn't too bad!

In the pouch black Cavendish accounts for much less of S.F. than the brown Virginia and Burley. It's a little too moist, but exactly detrimental to the smoke. It has a mild aromatic smell.

The apples are only really notable at the beginning, after this the toffee-sweetness gains weight. Of the tobaccos, like the appearance suggested, the black Cavendish is way behind the others. The leading natural taste is the Burley, followed by the Virginia. The black Cav' smoothes the smoke, but doesn't dominate. The burn from it's good, needing very few re-lights, going at a medium pace, and giving a cool smoke.

I'd have to agree with stinkypipe's review. This was a completely underwhelming smoke. I didn't pick up any apple or candied apple.Just a bland, flavorless smoke. I think the guy at the tobacco shop just wanted to sell the stuff because no one was buying it.

Perhaps I am showing my age, but when I saw this and thought of the Rodgers and Hammerstein musical -

Not sure I would call this "state fair" great. But it is OK. I didn't detect much apple - very understated. With just a smidgen of "oops, I dropped my candied apple on the ground at the state fair, but decided to eat it anyway." That being said, I found the tobacco to lite and burn well. I think to Virginia was a little too heavy on this blend for what I was expecting and that may be what threw the taste off. Mild, could be an all day smoke, just not for me.

Sutliff Apple is a little better

A nice tame even keel aro. The smoke maintains a mild sweetness from beginning to end. I don't pick up a direct apple nuance per se but the flavor note and sweetness is a bit unique. Quite good actually. It does leave you wanting more. Definitely a smoke you'll want to repeat. Before you know it your three bowls in. A very nice change of pace aro for those who don't indulge on that front regularly. Not overly done and it doesn't try too hard. Soft, tame, and is enjoyable on the palate. The Virginia balances nicely. Keep a nice slow cadence and it plays nice - though it will tempt you to get carried away with that sweet tone. A good one to savor the sweetness of. Nice aftertaste. Burns nicely to the end. For its purpose and place in the genre it hits the mark nicely. Took a chance and got 4 ounces and I'm glad I did.

I've grown to like this aromatic quite a bit after buying it on a whim, I'd almost say it's my new favourite. Has a very light sweet flavor with a slight hint of Apple or candied Apple.

I've smoked it in a Briar and a Pearwood, my son tried it in a cherrywood. While somewhat moist it has virtually no bite, you'd have to go to town on it. Despite being moist it is easy to keep lit.

The room note is absolutely amazing. It has the character of cotton candy or deep fried Oreos but isn't cloying or obtrusive. It doesn't smell much of tobacco. If you catch someone smoking it the reaction probably is that smells fantastic! If you're comparing to classics like Captain Black White, in my opinion this smells better.