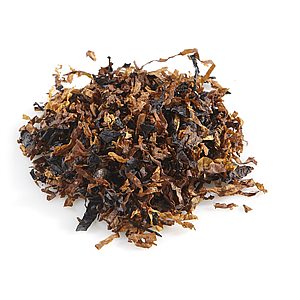 Notes: This blend uses some 14 different flavorings to achieve the final product. This is a mild gold and black blend with an aroma everyone will love.

Bulk tobacco purchase I picked up this week at JR's. Price point was 1.98 an oz with buy 5 ounces and get the sixth free. Throw in a 10 percent military discount and I was all in. I got 18 oz's in all. They sell a lot and was told it outsells Lane's 1Q 3to1. Both smelled the same. Both look the same. Both smoke the same. I like 1Q but I found this to be a little more stronger. Also felt like it needed to smoke it slower as well. Packed in a bowl very easy. Lit without any problem and burned down to a nice fine ash with no leftovers. Taste was very mellow but a little sweet and salty. Left a nice room note. Will buy again.

As one other reviewer pointed out, Golden Dansk is inexpensive and that's a good thing. It has a nice fruity flavor that is mild enough to not totally mask the tobacco. I didn't taste any caramel. It smells nice in the pouch and only requires a little bit of dry time. There are a number of things to like about this tobacco, but it simply misses the mark for me in the taste department verses other aromatics on the market. However, since it's just a taste thing, others may find this to their liking. Golden Dansk is worth a taste for aromatic fans.

The name confuses me, you see, it's a mixture of fairly dark brown and black ribbons, not golden! The pouch-note is sweet and aromatic, and the moisture's good; but, I bought this from Cup O' Joes, and the bags from there are usually quite airy.

The smoke from Golden Dansk is a fairly pleasant one, albeit, nothing remarkable. I find the sweet caramel side outweighs the fruitiness, considerably. This, coupled with a slight vanilla flavour, makes for a fairly sweet tasting smoke. If there's Burley in this it's been added with a ridiculously light hand, I can only identify Virginia and Cavendish. This can burn a little warm, so a full on 'chugger' may want to avoid.

Peter Stokkebye Golden Dansk? Like I said, it's alright, but nothing spectacular. Somewhat recommended:

This is the first pipe tobacco I smoked that I actually wanted to buy more of. It is very diverse in flavoring and fine for someone to smoke daily. I don't understand why it has gotten such negative reviews, but I suppose others have more refined or plain old different tastes. This one is heavy on the cavendish, which is right up my alley.

Another free sample offering being reviewed here. Black and medium brown ribbon with a pleasant pouch aroma of baking cookies. Not overly moist as these aromatics usually are. Loading and lighting were no problem, the tobacco staying lit throughout. Surprisingly, it did not smoke hot and produced little moisture. It had a somewhat spicy presence especially noted with nasal exhalation of the smoke. The taste, for me, was of black cherries and not too over the top. Occassionally, the taste of vanilla came to the fore. Definitely an aromatic in the Danish blending tradition. Very nice room note without the cigarette presence found when cheap tobaccos are used. Typical of what you would find in bulk at the local Tinderbox. For an aromatic change of pace, one bowl of Golden Dansk should satisfy. Not the type of tobacco I smoke regularly, and therefore only a bowl when the muse strikes - which I don't think will be too often. Still, not bad for what it is. 3 stars.

Peter Stokkebye - Golden Dansk (No.48). This is one of my favorite aro's. It's ribbon cut Virginia and Burley with black Cavendish, which is pretty common among aro blends. The pouch note is fruity and pleasant.

This one for me is pretty special though. It has 14 added flavorings, and when I'm smoking this blend I find that I do get different flavors coming through. The flavor is mostly fruity, very much like the pouch note, but I have gotten strawberry, raspberry, currant, apple, plum, peach, banana, mango, creamy vanilla, and a mellow caramel at different times. It's a very pleasant and enjoyable experience.

I smoke it slow and easy and really try to focus on the different flavors. I didn’t experience any tongue bite or pipe gurgle. I didn’t have to do any relights, and it all smoked down to a fine ash. This is a remarkable danish style tobacco and the folks at Peter Stokkebye's did an outstanding job in creating this blend.

Purchased From: Pipes and Cigars online

I guess this is one of those blends either you like it or you don't. I am in the don't category. While I do like a lot of Stokkebye blends and I do smoke and enjoy a lot of aromatic blends, this one just does not do anything for me.

First I have no idea where the Golden comes from. It is a very dark black Cavendish with just a touch of burley in it and it is somewhat of a rough ribbon cut. It is very fruity in pouch aroma as well as in the overall flavor of it. I do get a touch of vanilla every now and then but very little of the caramel claimed on the pouch. It comes very moist, almost wet and no matter how long you leave it exposed to the air, it never dries out. I left it almost two years!!! It is very mild, too mild, I find myself puffing aggressively to get much flavor out of it but all I get is a blue smoke and a little tongue bite. What taste I do get is a plastic like fruit taste that has no tobacco taste and is not pleasant. In fact it almost tastes sour. When I first opened the roll up pouch of it, it was so wet it was hard to light much less smoke all the way down. It was wet and sticky and left a lot of gunk in the bottom of my pouch. After two years, it will light and I am getting it almost all the way down, but it still has a lot of wetness and dottle and leaves a dark grey ash with tuffs of white in it. I read other reviews comparing it to 1Q. I don't see this at all, it is nowhere near in 1Q's class and I am not a real fan of it. This blend just has too many preservatives and again the plastic like taste and I cannot in good faith recommend it to anyone. I would never buy this one again. The only thing I will give it is if you like very weak tobacco, you might like this blend but I don't see anyone that likes a true pipe tobacco taste wanting any part of it. Sorry PS, not you best effort here.

Pipe Used: Meers and many fine briars and cobss

Age When Smoked: Out of the pack and two years

Purchased From: Sample given at Richmond Pipe Show

Similar Blends: Some over the counter house blends..

Comment = Smooth, Mild, Fruity casing After Taste from Start to Finish, Not as good as Lane's 1-Q

I liked Golden Dansk. It reminded me of 1Q but had a slightly stronger smell and taste. Room note was great and the taste came through in the smoke. I prefer Golden Dansk to the aforementioned 1Q.

Had a free sample of Golden Dansk and was not impressed. Had no taste some smell and gave me a slight case of tongue bite. Over all wouldn't recommend it.

I bought an ounce of this from a bulk dealer. The bag aroma was appealing. The tobacco was as moist as any I can recall.

What I found with this was that I had to give the bowl time to develop after lighting. The first quarter-bowl or so had almost no taste at all. After that, it more of the flavors came through. No real surprises - generally sweet and fruity with the Virginia becoming a little more pronounced mid-way through.

I was pleasantly surprised on two counts: that the tobacco stayed lit despite the bag moisture, and that it didn't bite despite its sweetness.

As for the rating, this is the kind of tobacco that makes me wish this site used a five-star rating instead of four. If it did, I'd give it three. It's like a lot of blends, particularly aromatics; there's nothing really wrong with it - it's a decent little blend - but I can't find a reason to recommend this ahead of any number of others. That said, if you can find it cheap, that might qualify.

I picked up two pouches from a local discount tobacco shop for $0.99 a piece. I suspected it might have been a pricing gun error and they should have been marked $x.99 where "x" is between 7 and 9. Taxes alone here should make a 99-cent pouch impossible.

Ok, it's not horrid, but it's close. Thick, thick, thick flavorings with a hint of burning plastic. The smoke is almost black in color, and for some reason gives me a heck of a stomach ache (and I'm no tobacco lightweight). The thing is - it could be a richly flavored, tasty tobacco, if it wasn't so heavily cased with cheap flavoring. I think.

This is a tasty mild blend much like Lanes 1Q, with a bit less strength, the same sweet flavor, and a bit less tang. It is dryer than 1Q, and fluffy in the bag.

A ribbon cut black and tan mixture, at the perfect moisture level, lit easily and burned with billows of smooth white smoke. If you like 1Q give this a try.