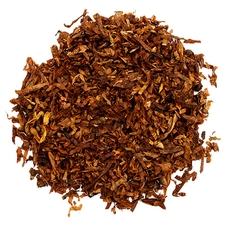 Same tobaccos as Chocolate Cavendish with the addition of a special vanilla sauce for extra mildness and flavor.

Notes: This was an Amar Blends Co. mixture. Cornell and Diehl bought the rights of all their old recipes.

This is the Red Virginia Cavendish that I rated at 2 stars with some god awful topping. Has a vaguely vanilla flavor and some other things. Gets bitter and harsh. Not worth my time and definitely not worth my money. Doesn't happen very often, but I couldn't finish the first bowl.

I had high hopes for this from my C&D sampler, as I generally like Vanilla Cavendish. I've tried at least 3 bowls in 3 different pipes, and after the first few puffs, the light sweetness turns to an increasing bitterness, like a stale cigar butt smells, such that I'm unable to finish the bowl. Could be I got a bad batch, but I remember a similar, though less strong, bitterness, in a sample of C&D Spice Nut I'd had.

For a Vanilla Cavendish I'd recommend McClelland's Vanilla (hard to find) or Stokkebye PS-9 Vanilla Creme.

This is Scandinavian tobaccos in Cavendish cuts, with a Vanilla sauce.

It took me about 4 ounces of # 905 before I could really make a true review of this blend.

The first few bowls I was really undecided if I wanted to pursue this blend or just give up on it as another weak tasting Vanilla. After many bowls in different pipes I decided to smoke this blend in the same pipe. After taking an old GBD Pot that I have had forever and gave it a thorough cleaning with Everclear and then sweetening the bowl with Rum 151. After around ten bowls the flavor and taste became enticingly better.

I smoked this in various parts of the day and night and found this best after dinner in the evening. To really enjoy this blend I found it really needed to be smoked slow in a medium bowl.

As a connoisseur of the Vanilla aromatic tobacco blends I find this one to be an excellent one to add to my list of favorites.

So, the pouch contains a well rubbed, medium brown, nicely hydrated ribbon, with a sweet-vanilla aroma. My initial thought was 'hmm, I don't hate it with as much alacrity as my pal Gentleman Zombie!'. That feeling soon changed!

Now, the if the flavour for the first part remained throughout I'd rate it higher. The initial taste is of rich vanilla. Sadly, though, this is very short lived. After a little while a stertorous, harsh, chemical-like, flavour joins in and reduces the rating; SMASHES the rating. The tobacco tastes hum-drum; not horrendous, but neither is it exactly bedazzling! The burn's too fast, causing a bowl to be over quickly; so, it requires few relights! On the positive I get no bite.

Nicotine: maybe a jot above mild. Room-note: not too bad.