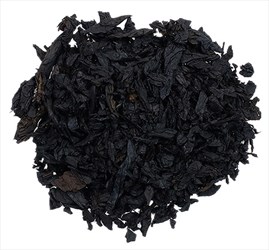 From Pipes&Cigars website: Dark Honey Berry is a not-too-sweet blend made with superb quality Green River Black sweetened with notes of creamy vanilla, smooth honey and an interesting berry essence. The aroma is outstanding, and it’s cool enough to smoke all day long.

No bite, or nicotine. pleasant when exhaled thru the snork. taste of berries, but it's like potpourri or incense. I would not buy again. 2 stars

The dark honey and berry toppings are sweet without tasting artificial. The vanilla topping is a little lighter than the others, but then again, you're already getting some of it from the black cavendish, so too much would have been too much. Hardly has any nicotine. Needs a lot of dry time, but will burn slow anyway because the tobacco is course cut. The taste is okay and consistent, but lacks depth. It won't bite, but it leaves dottle and a wet bowl no matter what you do to avoid it. needs some relights. The after taste is faint. An all day smoke.

It comes as no surprise that Dark Honey Berry is very dark in colour! It's a touch too moist at first so will require airing. Some of the pieces are large so when filling the bowl have a look which pieces you select: too many of the larger ones can be a swine to keep lit!

The slightly acidulous/tart berries are equal in weight with the sweet honey. These two a responsible for the leading flavour. The vanilla doesn't seem to be that much more than would emanate from just the black Cavendish on its own. The smoke has a heavy build, and is exceedingly cool. It can give my tongue a little peck if it's not gently sipped. Like I said, the burn CAN be steady if the bowls loaded with the correct cuts.

Dark Honey Berry? A good enough blend but it's not my kind of aromatic. Two stars:

OK so i picked some of this up from my local shop. it was in bulk lets hope its the same brand but its a pretty unique flavor and this is the only one of it on here so im guessing it is. first off this was great and i will definitely get it again. the flavoring is is really good its not overpowering but its definitely there this is one that actually tastes like it and doesn't just smell like it. it almost tastes like a blue raspberry icee . Its not really powerful but its delicious. it also smells really good and if you blow it out your nose you get a real nice smell. all in all one of the best tobaccos i have had yet I am fairly new to the pipe smoking world but this stuff is tasty i would definitely try it if you can find it.

There are several Sutliff blends that are just straight up black cavendish with different toppings. And to a point they smell different in the pouch, but they smell and taste the same when burning.

The pouch aroma is of medium strength berry, light vanilla, and that quintessential black cavendish aroma.

The tobacco isn't sopping wet, but it does stick together when pressed even lightly. It does not leave the fingers sticky.

This is pretty boring. It's flat, uninteresting, and not much flavor. Smokes very airy. Due to the amount of moisture in the blend, it doesn't emit much smoke, requires several initial and continuous lighting.