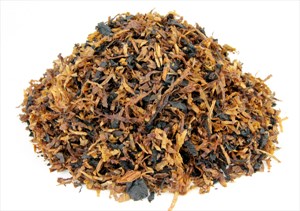 Our most popular blend. Easy burning, flavorful Cavendish with an exceptional aroma and no bite.

I got a pound of this from Cupojoes. I never tried it from the original store, or if I did I can't recall it. It smell mildly like vanilla and a little nutty in the jar. It lights easily on a single match and burns completely without relight. Moisture level is appropriate for me. It is unpretentious and a simple cavendish that I have enjoyed. No bite. The more I smoke it the more I enjoy it. I don't like English or Latakia so if your tastes are similar, give it a try.

I first got this through the shop in Lake Placid, NY which subsequently closed. Since they were on the way out and getting rid of some of their stock, I ended up getting almost a pound of this just to have something to add to my rotation. When I tried this, I didn't think much of it and since it seemed a bit harsh to me compared to some of my other tobacco on hand,I packed it up and pretty much just put it aside. Usually aromatics aren't something that you age, but this tobacco definitely aged well. After five years, I took it out and love the difference. This is supposed to be Cavendish, but it has that mild soapy taste at first that you usually associate with Burley. There is virtually no tongue bite unless you huff and puff like a dragon, in which case you will get a bit of a kickback as this stuff burns a little hot. It definitely mellowed with age and is truly a nice mild and enjoyable smoke. While it's not anything that's going to set the world on fire, it's definitely something to add to your rotation if you want something a little different every now and then.

I tried this blend as part of a 3 pack sampler and it did not really drive home like I thought it would. This is a pure drop dead blend of tobacco. There is really no taste or roomnote to this. This is your basic bland pipe tobacco. Id rather smoke a bowlfull of Adirondack leaves, but ill quit while im ahead...MZMN

With Pipe and Book - Adirondac Mixture.

The blend contains a higher proportion of brown Cavendish in comparison to black. The majority of the cut's fine, for a ribbon, and although there's a few larger pieces (the pieces of black Cav' are the biggest), some of it's practically shag cut. Moisture's bang on.

A bowl lights easy enough, and if I'm honest, I don't particularly enjoy it. It's not 'all bad': there's a notable sweetness from the brown Cav', with a spot of vanilla from the black. The burn from it isn't the best: quite fast, and a little too warm. Here's what really reduces the rating: there seems to have been the application of some form of astringent/chemical-tasting topping, that both ruins the smoke, and leaves me with a most unpleasant taste afterwards.

Disappointing. Two stars, because if it weren't for the topping/flavour it wouldn't be too bad!

The term Adirondacks was applied as an insult to the Indians who lived in upstate New York. It means "bark eater," and neighboring tribes derogitorily felt that Indians who would live in such an environment must survive the harsh winters by eating bark. Well, this Adirondac (sic) Mixture is definitely not bark. I believe this is the first all-cavendish tobacco I have ever smoked. As you know, cavendish can be processed in various ways from a wide assorment of tobaccos. In this case, I don't believe any flavorings were added. More likely, the tobacco was steamed to bring out its own taste and natural sweetness. In smoking this, I denote no flavorings whatsoever, except the great taste of tobacco. It's mild, it's soft, it's sweet and I don't care how hard a puffer you are, you can't get it to bite the tongue. Unfortunately, you can only get this tobacco by a trip to Lake Placid, or by mail at 91 Main Street, 12946, or phone (518) 523-9096. But, in either case, it's worth it. I'm going to put myself on automatic delivery.