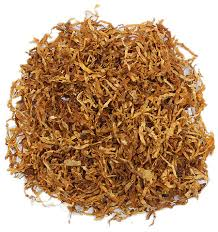 This is a good enough blend, good, but it would be great if it weren't for the fact it arrives absolutely soaked: I tried to smoke a bowl straight from a fresh pouch, would it stay lit? Like hell would it. This review's based on a portion that's had a good air.

The flavour from a bowl is a touch more entertaining than a lot of straight Va's, it tastes almost like there's some Burley in with the Virginia as well: the smoke has a kind of nutty, toastiness which I find very amenable. What I find typical for a Va is the thickness of the smoke, or should I say thinness of it; it's not one to demand that a window's opened, I doubt it would compromise anyone's comfort! As long as the moisture's abated it burns quite well, sadly though, it also burns too hot; the pipe needs gently puffing otherwise the bowl becomes red hot; I wouldn't smoke this in a bowl with a delicate lacquer on it, otherwise it might bubble the finish like hell.

If I were to rate this on the flavour alone it would easily get a three, if not four; there are just too many problems that arise from the moment the pouch's opened though, these sadly reduce it to two stars.