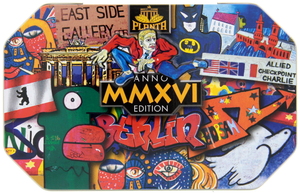 The nutty, earthy, lightly molasses sweet burley competes with the grass and citrus from the Virginia. The sugary black cavendish is almost a supporting player. The rich, very tangy sweet and rather tart, sour toppings dominate the tobaccos by a wide margin, and seem to include quite a bit of lemon, some mango, perhaps a little kiwi, cranberry and apricot. The strength starts out at medium, and seems to lose a little potency after the half way point. The taste level is medium, and lightly lightens to a step below that point in the last third of the experience. The nic-hit is almost in the center of mild to medium. Won’t bite or get harsh, but burns slightly warm when puffed fast. Burns at a reasonable rate with a fairly consistent flavor, though there’s an unattractive bitterness that also spoils the after taste. Leaves a little moisture in the bowl, and needs a few relights. Not an all day smoke.

I wasn't too impressed with MMXV 2015 from Planta and when I took my first puff of MMXVI 2016 I felt exactly the same. The only initial flavour I could identify were lemons, I was slightly disappointed. But then, after only a few minutes, I started to identify a depth to the taste; it wasn't only the lemon coming through, the cranberry addition quickly took an equal stance. It gains a pleasant tanginess in a short space of time. It tastes 'sharp'.

For an aromatic, the nicotine's quite strong. In the grand run of things it sits at about medium but from my point of view that's a little bit more than a lot of aromatics have.

If you like your blends to have a clear tobacco taste I don't think this would sit well with you; it's very difficult for me to be able to identify many natural flavours. This is quite a heavily flavoured blend. This heavy casing causes it to ghost the pipe like mad too.

As I said, it has a pleasant tanginess to it. Although it's been done quite well, it isn't exactly my thing!

So for those who don't know a Cosmopolitan is Vodka, some form of Triple Sec, cranberry, and lime juice. Assuming Vodka by definition has no discernable taste, we are left with an Aromatic that ought to just be citrus flavored, so was it?

I would say the bag certainly gives off a deep fruity smell, that is certainly strong, but less so than their California Dream, which is a living, breathing orange. Good chunky ribbon that wasn't overly damp, and fired up without issue. Once lit, I would have to agree with other reviewers that lemon was the predominant fruit here. It wasn't the kind of flavor I wanted to smoke, being (as they mentioned) sharp, blotting out most of the natural tobacco elements.

I would not be inclined to sip lemon juice, nor smoke it as it turns out. If lemon is your jam, then I would say this Cosmo mix does a good job delivering and would be a 3 star for you.